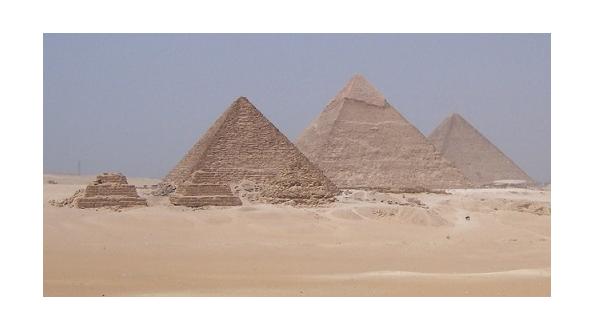 In The Land Of The Pyramids: A Secular Take On Passover

Studying songs for Passover offers us a rich field of inquiry into the processes that constitute Jewish music repertoires, most especially in the modern period, when new forms of expressing Jewishness through music challenged the normative status of traditions of old. Browsing through my private collection of Jewish songsters in search for new songs for Passover for my online classes broadcasted weekly from Jerusalem to the USA (I did not have to wait for the Coronavirus to use distance learning!) I found the Yiddish song “Piramidn.” The song, whose first line is “In dem land fun piramidn,” appears in Samuel Bugatch’s Songs of Our People (דורות זינגען – בשירת הדורות) published by the Farband Book Publishing Association in New York, c. 1961. A rapid inquiry on this song led me to the extensive, eye-opening notes by Dr. Neil Levin appearing in the companion to volume 12, album 2 of the Milken Archive of American Jewish Music titled Legend of Toil and Celebration. This album includes a beautiful arrangement of the song by Raymond Goldstein, performed by the Coro Hebraeico conducted by Neil Levin with Amy Goldstein as soprano soloist. The piece was recorded on July 1, 2001 at the St. Paul's Church, Knightsbridge, London, UK

I would like to expand on this Yiddish song for Passover beyond Levin’s text, stressing its diverse interpretations and its reception both in the Yiddish-speaking world as well as in the modern Hebrew song repertoire in the Land of Israel. I am grateful to Dr. Neil Levin for his gracious additions to the notes he wrote many years ago for the Milken Archive companion. My thanks go also to my friends and colleagues who on these unique days of social confinement generously shared with me their resources and knowledge: Dr. Gila Flam from the National Library of Israel; Dr. Alex Hartov from the Dartmouth College Archive of Jewish Sound; Dr. Michael Lukin from the Hebrew University; Maestro Raymond Goldstein; and Prof. Edwin Seroussi from Hebrew University.

David Edelstadt (1866–1892), one of the radical socialist Yiddish poets who settled in the USA in 1881, penned the text of “Piramidn,” titled in the original “Yetsiyes mitsraym” (“Exit from Egypt”; see illustration below). Edelstadt’s songs were published in New York (from 1906 on) shortly after his death and later on were reprinted in London (1925), Moscow (1935) and Buenos Aires in several editions (from 1946 onwards, by the David Edelstadt Society founded in that city). Neil Levin characterized “Piramidn” as “childlike and innocently charming” adding that “the song betrays a secular socialist slant on the traditional Passover narrative, eliminating all references to Divine intervention and emphasizing instead Moses as a people’s hero and a prototype of future labor leaders.”

“Piramidn” illustrates the way in which Jewish holydays were reimagined and stripped of their religious origins and dimensions. The song shows how in the modern period Jewish cultural memory is refracted anew through secular prisms and taught to children as part of nonreligious Yiddishist curricula. Its publication in a songster for the Arbeter Ring’s (Workmen’s Circle; the Jewish labor union in America) summer camp, aka Kinder Ring, is indicative of the contexts of performance of “Piramidn.”

Although, as Neil Levin remarks, the Jewish songs circulating in congregations and educational institutions in the USA after World War II muted the original socialist messages and overtones of earlier Yiddish repertoires, some items of this overtly secular repertoire survived in songsters such Bugatch’s Songs of our People. Bugatch was one of the Arbeter Ring’s music directors. Probably the innocent language of the song and its catchy melody led to its reception and popularity as a “folk” song, at times deprived of any mention of authorship. We know with certainty the identity of the text’s author but the tune is identified as “folk melody.” Indeed, the tune recalls those of Russian folksongs. However, it has not been located, thus far, independent of the lyrics of “Piramidn” in any folk tune collection.

The agency of scholars also determined the fate of Yiddish songs. “Piramidn” was maintained in the USA by its reproduction in songsters and later on in commercial recordings initiated and supported by American Jewish institutions and professional artists. “Piramidn” was included for example in the New Passover Haggada published by the socialist Arbeter Ring in 1948. Neil Levin included this song in an educational long-play entitled The American Jewish Experience in Song produced on behalf of the board of Jewish Education of Greater Chicago. Levin writes that the LP was intended primarily for Jewish schools’ programs on the American Bicentennial (1976). “Piramidn” was one of the songs on this album that represented the Yiddish schools and summer camps that, by the mid-1970s, were becoming “a thing of the past.” Its performance by a child soprano in this recording commemorates its original setting in the summer camps for the young.

American Jewish Experience in Song, sung by Jonathan Wasserman from the Board of Jewish Education Choir, arranged and directed by Neil Levin, courtesy of Alex Hartov, Dartmouth Archive of Jewish Sound.

Although “Piramidn” is an American Yiddish creation that quickly became “folklorized,” it would be a mistake to think that its diffusion stopped on the American borders. Jewish songs in Yiddish conceived in America rapidly crossed the ocean back to the lands from where the poets and composers who composed them had immigrated. Against the paradigm whereas Yiddish culture had a “one-way” circulation, from the Old to the New World, it is worth stressing that as early as the 1880s, America began exporting Yiddish songs back to Eastern Europe. Political tactics and pamphlets pioneered by the immigrant socialist circles of New York and dispersed through the Yiddish press and other publications inspired Jewish radicals in the Pale of Settlement. Songs were an integral component of this cultural commerce.

“Piramidn” was not, however, the only song by Edelstadt to migrate to Eastern Europe. In 1971, Dov Noy and Meir Noy edited a volume (Yidishe folkslider fun galitsye) devoted to the unpublished works of the folklorist Shmuel Zaynvl Pipe (1907-1943). The volume, comprising Yiddish folk songs that Pipe collected in Galicia and the correspondence with his brothers, mentions the “folklorization” of another of Edelstadt’s songs in Eastern Europe, “Der arbeter.”

The popularity of “Piramidn” in the Russian Empire and later on in the Soviet Union (where Edelstadt’s writings were republished in 1935) is also evident from a field recording of it made by the prominent Soviet ethnomusicologist Sofia Magid in 1934 in Leningrad. This rare, fragmented recording of forty-four seconds, is not only a live testimony of the persistence of the song in the memory of Eastern European Jews but also of the resilience of Yiddish culture during the Stalinist period.

Another collector of Yiddish songs, Ruth Rubin, carried out another touching field recording of the song in 1955 in Montreal. This recording is preserved at the Dartmouth Jewish Sound Archive. The singer is identified in the tape’s box as “Lerer” Zakhar. The Ruth Rubin Legacy website sponsored by YIVO identifies him as A. Shmuel ”Lerer” Zahar, a secular Hebrew school teacher born in 1870.

“Piramidn” was commercially recorded in the 1960s by the noted Jewish singer Sidor Belarsky (1898-1975) on the LP Seder Nights with Sidor Belarsky produced by the New York-based Artistic Enterprises label. This recording was probably one of the main venues for the maintenance of “Piramidn” alive, stripped from its concealed socialist overtones, in the contemporary American Jewish repertoire. A second, unidentified female voice joins Belarsky in the singing of the third stanza. The great American Jewish pianist and composer of Russian origin Vladimir Heifetz (1894-1970) prepared the arrangement and accompanied Belarsky in this recording (as well as through their shared career in New York). Heifetz was for many years director of the Farband Culture Chorus and the music and choir director of Temple Anshe Chesed in New York City. Thus, the inclusion of “Piramidn” in his portfolio was a most natural choice. The slow tempo, in addition to the elaborated piano accompaniment and the trained voice of Belarsky, transformed “Piramidn” in this recording into an artistic lied, as much as the choral arrangement by Raymond Goldstein that we mentioned above turned it into a madrigal.

Link to recording: https://soundcloud.com/nationallibrary-of-israel/sets/seder-nights-with-sidor (see no.32)

After Belarsky, members of a younger generation of Yiddish artists recorded the song in new arrangements. Among them, we can mention the duo of Lori Cahan-Simon and Michael Alpert, whose version is included in the album Songs My Bubbe Should Have Taught Me, vol 1: Passover (2002) by the Lori Cahan-Simon Ensemble.

The journey of “Piramidn” did not end, however, in the American Yiddishist circles that conceived it or in the Russian Pale of Settlement that adopted it. From Russia the song arrived also to the Jewish Yishuv in Palestine where, as with many other Yiddish songs, it became a modern Hebrew one, titled “Be-eretz Hapiramidot” (“In the land of the pyramids” after its opening line). Yaacov Gordon and Moshe Navet (Novoprutzki) from kibbutz Ein Ha-Carmel translated/paraphrased the text into Hebrew. The website Zemereshet includes several recordings of this version. According to one of the informants of Zemereshet, Uri Levy, the song was sung during the Passover seder in kibbutz Ein Ha-Carmel, usually arranged for two voices. Cochava Shahar and Uri Levy made a historical recording of this song in 1970, in front of the Santa Caterina monastery on the slopes of the mountain considered by tradition as Mount Sinai. It was a Passover celebration organized on the Sinai Peninsula by a group of eighty trackers from the Ha-hevrah le-haganat ha-tevah (Israel’s Society for the Conservation of Nature).Thus, Edelstadt’s song conceived in the diasporic Zion, America, and in the vernacular language of the land’s Jewish working masses, modern Yiddish, far away from Egypt, became a Hebrew song of Zionist overtones performed on Egyptian land occupied at that time by the national Jewish state.

Finally, on this very special Passover of 2020, “Piramidn” returns as one of the songs in an online Yiddishist Third Seder organized by the New York-based Yiddish newspaper Forward. Defined as a “secular” Seder, this reappearance of “Piramidn” in public demonstrates how songs can survive again and again against all historical odds.

The original song by David Edelstadt “Yetsiyes mitsraym” consists of sixteen stanzas. Sidor Belarsky’s recording, as well as other modern recorded versions, generally include only the three stanzas that are hereby presented. The different versions of this text in field and commercial recordings are a further testimony of its folklorization.

This article was written within the framework of the JMRC collaboration with the Dartmouth Jewish Sound Archive.