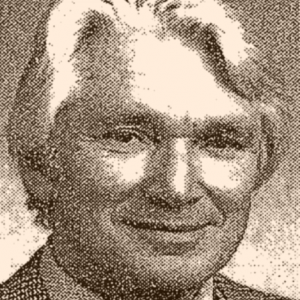 Avraham Soltes was born on March 3, 1917, in New York City, to parents who recently arrived from Eastern Europe. His father, Mordechai Soltes had earned a Ph.D. in education, from New York University in 1916, barely after mastering this country and its language. Avraham Soltes was well-designed to nurture continuous educational involvements. In boyhood, he was interested in nature and sports. But by adolescence his other side began to emerge: in graduating from New Port High School in Elmhurst, Queens (1933), he received an academic commendation in six different areas.

Avraham Soltes graduated from the City College of New York in 1937 and received a master's degree from Columbia University in 1938.  At CCNY began the interest which encompasses his life: Judica; the struggle in Palestine to forge an Israel; Music, in all shapes and forms. Even as a rabbinical student at Hebrew Union College (now HUC-JIR), this last interest continuously pulled him. In 1942 he was ordained by HUC- JIR and began to serve as chaplain at Cornell and McGill Universities and then was assistant rabbi at Congregation Rodeph Sholom in Manhattan from 1946 to 1949. He subsequently served as rabbi at Temple Sharey Tefilo in East Orange and Temple Emanuel in Great Neck. He began his service at West Point as a voluntary chaplain in 1963 and was made a permanent member of the staff in 1981. His interests also took him into commerce, and from 1969 to 1974, he was vice president for community affairs of the Glen Alden Corporation, which in 1972 was merged into the Rapid America Corporation.From 1974 to 1977, he was assistant to the president of Tel Aviv University. He was credited with a key role in the establishment of the New York medical division at the university. From 1977 until his death Soltes had been the spiritual leader of Congregation Beth Chavairuth of Bergen County, in Tenafly, N.J.

He participated in many cultural and educational activities that interpreted Jewish art, music, and literature. He was chairman of the National Jewish Music Council from 1963 to 1969 and a member of the Soltes was a commentator on Jewish music for American listeners in 1974-1983. He was the host of a radio program, The Music of Israel, on WQXR. In this increasingly popular program, week after week, he interwove the threads of Israeli history and culture with its musical heritage and that of Judaism at large. He had an ecumenical passion for lyric and tune founded a concentrated dedication to the history of Jewish music and particularly its renaissance in our time. This applied to his accomplishments as a guitar-playing singer of Italian love- songs, Ladino prayer- songs, American folksongs, Yiddish lullabies, and Hebrew melodies; to his creative efforts as a composer, as a translator of Hebrew lyrics, or as a lyricist and librettist in his own right, of songs, cantatas, and oratorios. It applied to his insistent efforts as a Rabbi to integrate new musical elements into the service. It applied, finally, to his considerable efforts with writings- from his MHL Thesis in 1942 on Palestine in the Poetry and Song of the Jewish Diaspora to the publication, in 1970, of his major work on Jewish Music, Off the Willows: The Rebirth of Modern Jewish Music. board of the National Jewish Book Council from 1967 to 1972.

His understanding of Judaism was an ecumenical one. He thought that awareness of the common roots of its early development with those of Christianity holds the hope for the spiritual intertwines of humanity's branches. This he taught and lived, whether via membership in the Young Men's Christian Association (YMCA) or via initiating or participating vigorously in interfaith services at key times of the holiday calendar. The culmination of this aspect of Soltes' career was, perhaps, his twenty-year-long chaplaincy at West Point. There at the U.S. Military Academy, for a period longer than that spent by any religious leader in such service, his presence was also an eloquent Jewish presence. His leadership, his sensitivity, his imagination, were sources of inspiration for Jews and non-Jews. In a different sense, his particular role as a bridge between Jew and Christian was ultimately recognized, both in being awarded the Grand Cross of Eloy Alfaro, an international award "for service to mankind, public and private", and in receiving a D.D. from Philathea College, London, Ontario- a Christian Theological Seminary. He was the first non-Christian to be so honored by Philathea.

His book Tefilah: A Sheaf of Prayers, offered an eloquent response to a spectrum of human situations and events. Indeed, his Passover program The Four Freedom received the honored recognition of the Robert E. Sherwood Awards in 1956. This program sought to tie the story of Passover to the larger panorama of the human struggle for dignity. Part of a monthly ecumenical series, it was followed by a similarly embracing weekly program called Sabbath Candles.

As much as Soltes remained resident in the West, his heart was unwaveringly in the east. His love of Zion expressed itself in innumerable sermons and cantatas including Israel Reborn (1958), a cantata that celebrated the tenth anniversary of the state, and Jerusalem of Light (1968), which gloried the twentieth. Soltes' Zionism is expressed also in his writings including The Maccabean Miracle Reborn (1967). Soltes also led groups of Christian ministers and professors to the Holy Land, for several summers. This action was recognized by Israel itself, as its Prime Minister Menachem Begin bestowed upon him the Jabotinsky Award for service to Israel, in 1981.

Avraham Soltes died in May 23, 1983, in New York City. He is survived by his wife, Marcia, and his five children by his former marriage to Sara Rudavsky (Michal Garte, Dafna Soltes, Ori Soltes, Eyton Soltes, and Marnin Soltes).

For his list of publications on The National Library site.

Avraham Soltes was born on March 3, 1917, in New York City, to parents who recently arrived from Eastern Europe. His father, Mordechai Soltes had earned a Ph.D. in...

Making Judaism meaningful: ambivalence and tradition in a Havurah community

This study focuses on the processes by which members of the Dutchville minyan consruct meaningful Judaism out of their ambivalence towards tradition, exploring their worship practices,...

Judeo-Spanish Song from the Island of Rhodes: A Musical Tradition in Los Angeles