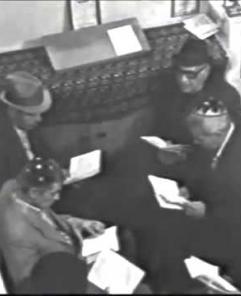 The Baqqashot (petition) is a religious practice maintained by several Jewish communities. It consists of gatherings that occur early on Sabbath morning, from 2-3 a.m. until the Shaharit prayer, in which the participants communally sing various piyyutim, which are titled Baqqashot. The practice developed, for the most part, in two geographical areas: the area of Allepo in Syria, and subsequently in other Syrian and Palestinian communities; and in Morocco. The Baqqashot are practiced during the winter, from Sukkoth to Passover, beginning on Shabbat Bereshit and until Shabbat Zekhor (the one prior to Purim) in Moroccan communities, and until Shabbat Hagadol (the one prior to Passover) in Allepian communities.

Some of the main themes of the Baqqashot piyyutim are: the Kabbalistic perception of divinity; the meaning of the time of day in which the Baqqashot are sung (early morning); and the holiness and the value of the Sabbath.[1]

[2] The text which appears inside the quotation marks, is taken from the booklet of the CD A Song of Dawn.

[4] The piyutim in this anthology are organized in series according to the weekly Parashot (weekly Torah portion), with has varying length- from 16 to 23 piyyutim in one serie. The book includes a total sum of around 550 piyyutim.

[5] As the Maqam is the basic musical principal in the Jerusalem-Sephardic Baqqashot tradition, the Andalusian Nuba is deeply influential in the Moroccan Baqqashot, as it affected even the texts of the piyutim, as some piyutim texts were modified in order to fit some of the Andalusian music structures.

In Har Tzion Synagogue (Jerusalem). Taken from the JMRC Cd, A Song of Dawn.

The Baqqashot (petition) is a religious practice maintained by several Jewish communities. It consists of gatherings that occur early on Sabbath morning, from 2-3 a....