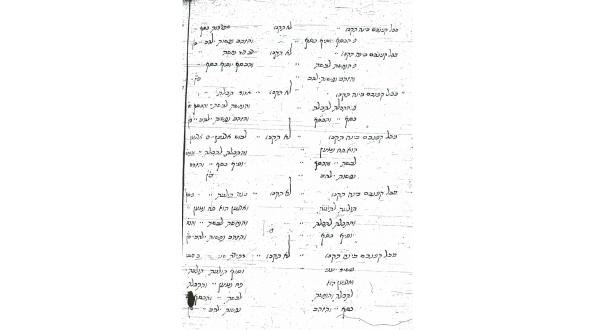 Rabbi Yisrael Najara (1550?-1625), a poet and a composer, was born to a distinguished family of Jews from Spain. He lived and worked in Damascus, Safed, and Gaza. He was one of the greatest Hebrew poets in the period after the expulsion from Spain.

Najara followed the tradition of writing new piyyutim according to models of existing songs, and turned it into a method. As a result, he also used the melodies of these song-models for his piyyutim (a technique that is generally referred to as 'contrafactum'). A large portion of Najara's piyyutim are based on Turkish, Arab, Spanish and Greek songs, or on Hebrew piyyutim he favored. In the printed editions of Najara's songs, and also in the many unpublished manuscripts of his songs, the first line or the keywords of these songs appear at the title of the piyyut. These musical codes, which probably had a clear meaning at the time of their writing, begin with the word Lahan (melody), and give the instruction: "Sing this piyyut according to the melody of …" The title or opening line of the foreign songs appeared in Hebrew letters.
The musical meaning of Najara's musical instructions was blurred in the passing of time, and was finally forgotten. With the rapid spread of his songs all across the Mediterranean Jewish world, the local singers, unable to figure out what was the melody that Najara meant, began using new melodies of their own community's musical tradition for his piyyutim. This led to the preservation of a relatively large number of Najara's songs in the oral musical tradition of communities from Morocco to Persia.

The performance of Najara’s piyyut "Bin tavinu liknot bina tavinu" presented here was included in a concert titled "Rabbi Yisrael Najara- the Original Versions" which took place at the International Jerusalem 'Oud Festival on November, 2009. This concert, a first of its kind, was an attempt to restore some melodies, which according to the researchers' estimates, reflect the original musical intentions of Najara, or at least the spirit of his intentions. This was made possible by cross-checking information brought by Najara, with findings from the research of the oral tradition of the Sephardic Jews of the Eastern Mediterranean. Afterwards, the performing artists made their own interpretations of the music and created an interesting combination of east and west.

This piyyut is based upon the melody of the Judeo-Spanish song 'Con el vino saneare marido con el agua pasearemala' (With wine I am healthy, my husband, [but] with water I get sick). This is an old Spanish song known in the literarure as 'The drunken woman', in which a man is trying to appease his drunken wife with various presents, and she rejects all of them with all kinds of excuses. Finally, only the wine barrel appeases her. The song has an additive structure, where each stanza is longer than the previous by one line, like the Passover song 'Had Gadya', only that this song has a refrain between the stanzas. Rabbi Yisrael Najara wrote this wonderful and virtuosic song according to the structure, rhyming pattern and spirit of 'The drunken woman,' only that the material presents of this world (the presents in the Spanish song) lose their virtue when opposed to the study of the Torah. Several versions of this song in Ladino have survived among the Sephardic Jews, but only one, originating in Bulgaria, survived with almost the same opening words referred to by Najara. Najara's song was restored according to the melody of this version, as it was published by Yitzhak Levi In his Chants Judeo-Espagnols, vol. 4 (1973), no. 13.

The song is performed by Eran Tsur (guitar and voice), Elad Gabay (Kanun and voice), Yair Harel (percussion and voice) and Rali Margalit (Cell-hu), and was brought to them by Prof. Edwin Seroussi. The artists used the oriental playing and singing of Gabay, Harel and Margalit, which is associated with the Sephardic tradition, and mixed it with western rock elements and instruments, brought by Eran Tsur, thus creating a unique fusion of both east and west and ancient and modern. 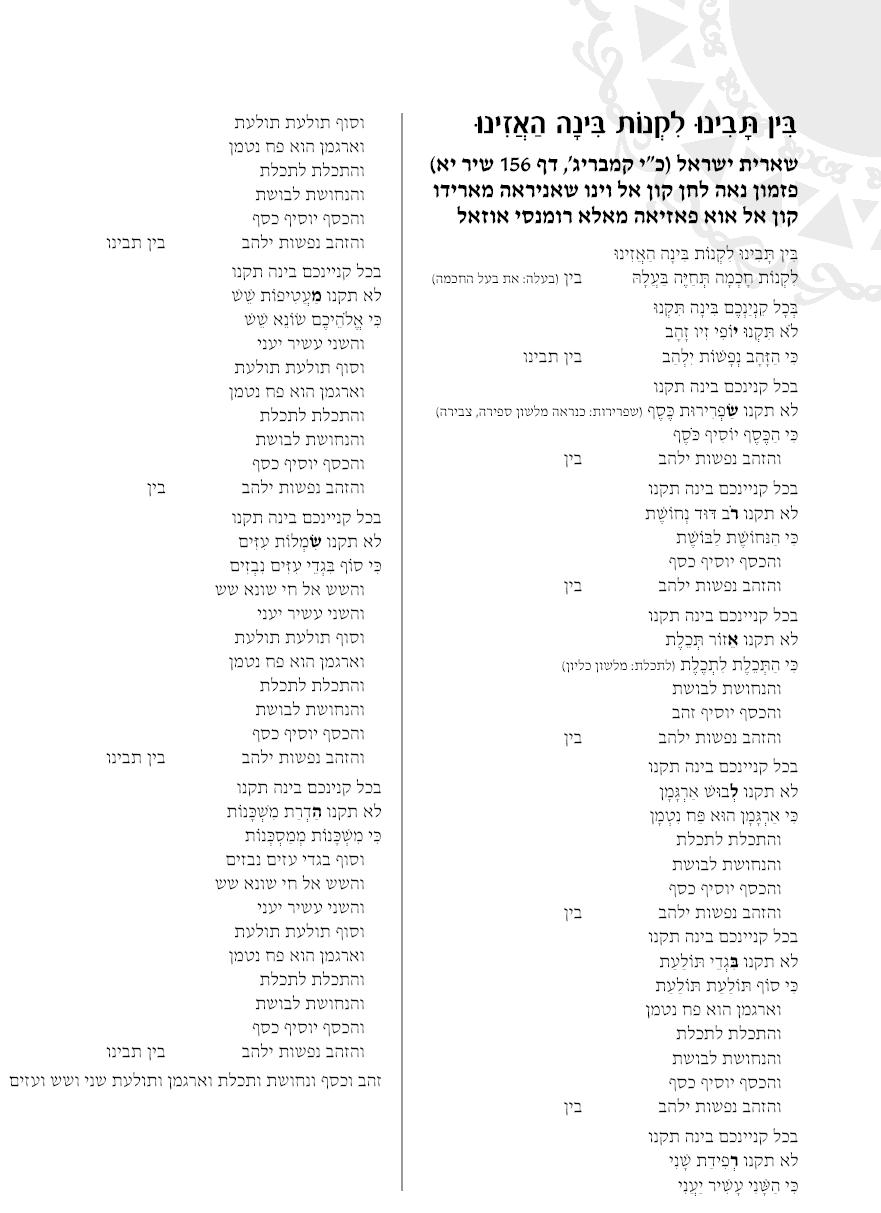 October 2018
The medieval Hebrew song Kikhlot yeini and its Purim connections: New sources on its music