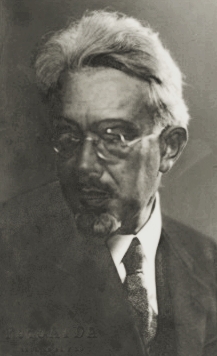 Born in Berlin, Sachs studied piano, music theory and composition as a youth in that city. He began a career as an art historian, but promptly became more devoted to music, eventually being appointed director of the Staatliche Instrumentensammlung, a large collection of musical instruments. He reorganised and restored much of the collection, and his career as an organologist began. In 1933, following Nazi persecution, Sachs moved to Paris, and later to the United States, where he settled in New York City.

In 1913, Sachs saw the publication of his book Real-Lexicon der Musikinstrumente, probably the most comprehensive survey of musical instruments in 200 years. As one of the founders of modern organology (the study of the nature and history of musical instruments), he collaborated with Erich von Hornbostel to create the method of classification for musical instruments that is now a standard guide. In 1914 they published the work for which they are probably now best known in Zeitschrift für Ethnologie, and today is known as the Sachs-Hornbostel system. Their work remains the most widely used system of classification by ethnomusicologists and organologists. Sachs’s other works include many publications it can be see here.

In the Internet Archive there are many of his publications that can be accessed online.

The Lexicon of Persecuted Musicians from the Nazi Era includes a comprehensive bibliography about Curt Sachs.

Born in Berlin, Sachs studied piano, music theory and composition as a youth in that city. He began a career as an art historian, but promptly became more devoted to...

Albert Weisser was Born in New York City of Russian-Jewish parentage. He attended high school in Queens and sang in the choir of his uncle, the renowned cantor ...

Arbie Orenstein was born and raised in New York City, he attended the High School of Music and Art, Queens College, and the Graduate School of Columbia University,...