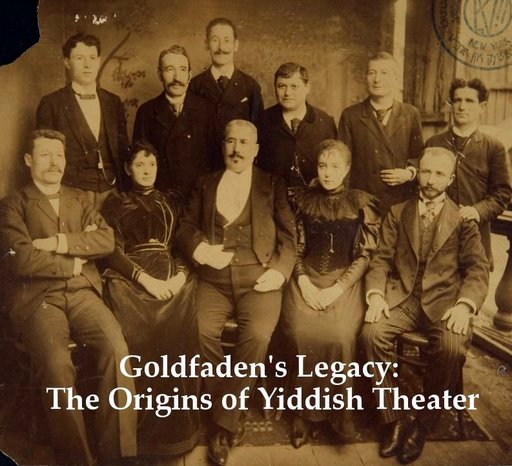 Goldfaden’s Legacy (2004) by Romanian filmmaker Radu Gabrea is a documentary that follows the life and work of Abraham Goldfaden. The film highlights the pre-war cultural relations between the Romanian and local Jewish population, as well as the influence of the New York Yiddish Theater on popular American culture. The film touches on modern revivals of popular Yiddish theater productions, specifically the activity of the Folksbiene in New York, Yiddishpiel in Tel Aviv, and the Avram Goldfaden International Theater Festival in Iaşi, Romania. The film has appeared in a number of Jewish Film Festivals in North America, Europe and Israel.