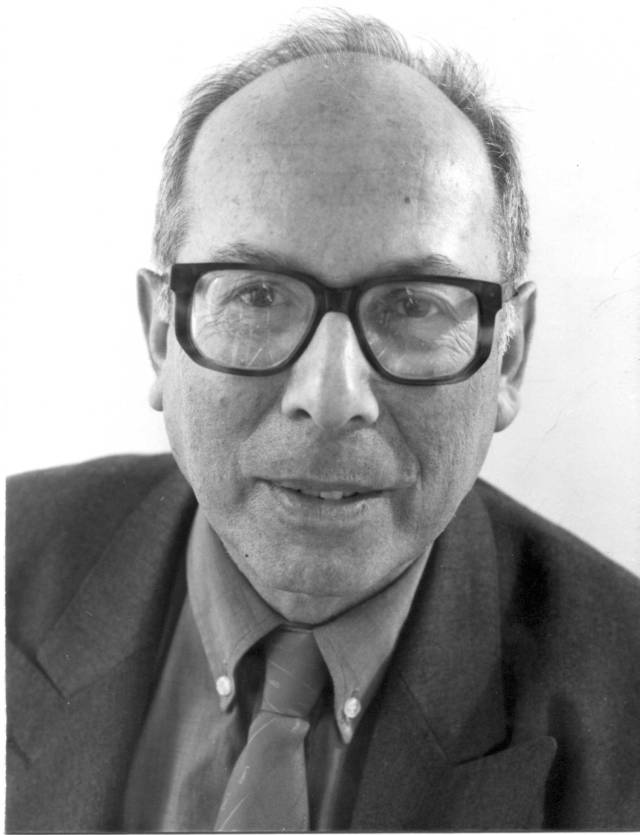 Israel Adler died on August 17, 2009 after a prolonged illness. At this early stage, while we stand for his shloshim (end of the first month of mourning), a full assessment of his scholarly achievements is beyond our capabilities. The present review is a brief description of his life, his institutional affiliations, his public activities and main research interests and publications. Fuller critical evaluations of his contributions will be carried in due time.

Israel Adler was born in in 1925 and immigrated to with his parents at the age of eleven. He pursued traditional religious studies in yeshivot in and in Petah Tikvah. After his release from the military following service in Israel’s War of Independence, he moved to Paris where he studied at the Conservatoire National de Musique, at the Ecole Pratique des Hautes Études and at the Institut de Musicologie at the Sorbonne where he combined Jewish and musical studies. During his thirteen-year sojourn in (1950-1963), he worked at, and later on was in charge of the Hebraica/Judaica section of the Bibliothèque Nationale. He was awarded a Doctorate from the Sorbonne in 1963 for his seminal work on the diffusion of art music in certain Western European Jewish communities prior to the 19th century, published a few years later as La pratique musicale savante dans quelques communautés juives en aux XVIIe-XVIIIe siècles (2 vols. Paris-La Haye, 1966).  Already in this early work, Adler utilized his librarianship skills by locating and rigorously treating primary manuscript sources, for the most part not studied until then, with innovative historical insights that revised previous paradigms in the study of music of early modern Jewish communities.

In 1963, Adler returned to when the Hebrew University of Jerusalem offered him the post of Director of the New Music Department of the Jewish National and University Library (JNUL). Immediately upon his appointment, Adler engaged in efforts to establish the National Sound Archives of Israel (NSA) following the French model of the Phonohèque Nationale at the Bibliothèque Nationale. The new institution was named in Hebrew “Fonoteca le’umit” after its French prototype. Under this name, it became known as a world center for the documentation of oral Jewish musical traditions as well as those of the non-Jewish communities of Israel/Palestine and of the . This newly created archive absorbed into its holdings extant recordings’ collections of distinguished ethnomusicologists, primarily the Robert Lachmann collection that belonged to Hebrew University of Jerusalem and the collection of the of in , whose director, Avigdor Herzog, became the first curator of the NSA. Other collections incorporated as a foundation of the NSA include those by Leo Levi, Johanna Spector, and later on that of Edtih Gerson-Kiwi. Cognizant that only a concerted effort of oral documentation would turn the NSA into a comprehensive repository, Adler founded the Jewish Music Research Centre (JMRC) at the Faculty of Humanities of the , which he directed from 1964 to 1969 and from 1971 to 2000.

In 1967 Israel Adler initiated the foundation of the Israel Musicological Society which he chaired in several tenures. He was founder and co-director of YUVAL-France (Center for the Preservation of the Musical Traditions of the Jews), founder and president of the Provisional Council of the International Association of Sound Archives, Vice President of the International Association of Music Libraries, Archives and and member of the Commission Internationale Mixte of RISM and RILM. From 1991 until 1997 he was member of the Executive Committee of the International Music Council of UNESCO, and in 1997 he was elected member of the Board of Directors of the International Musicological Society. He was guest lecturer at numerous European, North and South American Universities, and Chercheur Associé at the Centre National de la Recherche Scientifique in . In 1984 he obtained the “Kavod” Award of the Cantors’ Assembly (U.S.A) and in 1994 he was awarded an honorary doctorate by the (, , ).

Israel Adler is mostly known for his contributions to the study of the music of European Jewish communities from medieval times to the late 18th century, yet his overall output has to be understood as the background to a much more ambitious goal: the systematic documentation of written and oral memory pertaining to the music of the Jewish communities in the past and present. The intellectual backdrop of this goal can be traced back to the national agenda of Jewish music scholarship set up in the first decades of the 20th century, most especially by Abraham Zvi Idelsohn (1882-1938). Attempting to construct an unilinear historical narrative of musical development running from antiquity to the present demanded a concerted institutional effort that Idelsohn at his time could not have the opportunity to achieve.

The fulfillment of the national aspirations of Zionism, the establishment of the State of Israel, and the development of Israeli institutions of higher learning laid down the infrastructure to materialize the Idelsohnian endeavor. At the basis of the foundation of the JMRC was the “Inventory of Jewish Music,” a long-term project designed by Israel Adler in collaboration with his long time and intimate colleague at JNUL, Bathja Bayer. Its goal was to map out all possible written sources (i.e. manuscript and printed scores, texts about music, textual descriptions of musical events, memoires of musicians) and to record as much as possible the musical oral lore of all Jewish communities. The “Inventory” was of course an utopic dream that could never be realized to its fullness but during his lifetime Adler was able to complete two substantial sections of this program. Perhaps the most comprehensive and breathtaking among Adler’s projects was the compilation of all manuscript music sources of synagogue music prior to 1840, which were published in 1989 as Hebrew Notated Manuscript Sources Up to Circa 1840: A Descriptive Catalogue with a Checklist of Printed Sources, 2 vols. (RISM B IX1, with the assistance of Lea Shalem). This vast resource was the result of two decades of intense search after every piece of written music stemming from Jewish communities in prior to the beginning of massive publications of printed scores ca. 1840.

While working on his dissertation, Adler toured libraries and archives of Europe in search of musical manuscripts, many of which he brought back with him to  them from oblivion. A major breakthrough towards the fulfillment of this project was the full access to the Eduard Birnbaum Collection of Jewish Music, the largest repository of its kind in existence that was granted to Adler by the Klau Library at the in . After cataloguing this magnificent collection in situ in 1979, Adler engaged in its detailed perusal providing the public with a first hand panoramic view into the oldest recorded music of the synagogue. The oldest of these sources, and a source of intensive pondering and pride by Adler, was the 12th century Genizah fragment of "Obadayah the Proselite," a manuscript that became the logo of the JMRC’s "Yuval: Studies of the Jewish Music Research Centre."

A second major achievement was the compilation of writings about music, any music, in Hebrew characters until the early modern period, a project that was published as Hebrew Writings Concerning Music in Manuscripts and Printed Books from Geonic Times up to 1800. Munchen. (RISM B IX2). In this work, considered by many as a model of philological publication of texts, Adler unraveled unknown sources about Western music history that were buried under the Hebrew alphabet. In this work, he was also able to trace the different lineages of rabbinical discourses about music by comparatively examining the wanderings of texts, concepts, and ideas from one source to another. One of these sources included the “Guidonian hand” in Hebrew characters, a visual icon symbolically linking Hebrew culture to the mainstream of early Western music history at a time when Jews were ostensibly segregated from all contact with the surrounding Christian culture. This index of Jewish flirtation with the core of the canon of Western musicology became the logo of the Israel Musicological Society.

Besides these two massive undertakings, Adler focused in depth on the music of specific communities.  Of importance are his works on the Portuguese diaspora in Western Europe (e.g. Musical Life and Traditions of the Portuguese Jewish Community of Amsterdam in the XVIIIth Century, , 1974) and Renaissance Italy (e.g. “The Rise of Art Music in the Italian Ghetto,” Jewish Medieval and Renaissance Studies, ed. A. Altmann, , 1967, pp. 321-365).

A third emphasis of Israel Adler’s work was on the dialectics between oral transmission and written sources of Jewish liturgical music. According to Adler, once musical notation made its inroads into Jewish life in Europe, it unleashed a process whereas oral traditions became more formalized and static, while compositions conceived as “art” works became traditionalized by practice and oral transmission (i.e. his article in Hebrew, “Creation and Tradition in the Chant of the Portuguese Synagogue of Amsterdam,” Pe'amim 19, pp. 14-28).

While administering, researching, teaching and publishing, Adler never abandoned his continuous search for archival materials and for the recording of oral traditions. After he secured on behalf of the Department of Music of the Jewish National and University Library the acquisition of the magnificent Jacob Michael Collection of Jewish Music (formerly in New York City), he intensively sought the donation of A.Z. Idelsohn’s estate, amid many other valuable items. As mentioned above, he also secured important collections of recorded music on behalf of the NSA.

In the final years of his life, he made every effort to bring to the public attention the estate of the Cabinet of Jewish Music that was directed during the Soviet period by the distinguished Russian Jewish musicologist Moise Beregovski. Located at the Vernadski National Library of Ukraine in , this invaluable repository of pre-WWII historical recordings and written documents is still in the process of becoming fully and unrestrictedly accessible to the international scholarly community. Not contented with the exclusive musicological study of the music of the Jewish communities in , Adler promoted the modern publication of scores, the public performance of these works and their recording.

The jewel in the crown of his achievements in the production of this music was the rediscovery (in 1998), editing, publication, performance and recording of the Oratorio Ester (1774) by Christiano Giuseppe Lidarti set to a Hebrew libretto by Rabbi Jacob Raphael Saraval. Ester was premiered in the year 2000 during the celebrations of the 75th anniversary of the Hebrew University of Jerusalem.

A complete list of Israel Adler’s publications is available in Yuval 7: Studies in Honour of Adler (2004) as well as in the Thesaurus of Jewish Music at the website of the JMRC. The institutional legacy of Israel Adler was indispensable for the development of a robust musicology in . He understood that only concerted efforts can realize large scale projects. Of course, many of his dreams remained to be realized by future generations of scholars, yet his daring initiatives remain an inspiration for all those who followed on his steps.

The Archives of the World Centre for Jewish Music in Palestine, 1936-1940, at the Jewish National and University Library, Jerusalem

The World Centre for Jewish Music was established in 1936 by German and Austrian immigrants wanting to create a place in the land of Israel where Jewish compositions from different periods and...