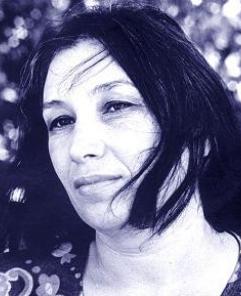 * This entry is a summarized version of the full artice about Israeli folksongs by Talila Eliram. To read the full article, see below.

The genre of Israeli folksongs amalgamates within it songs that deal mostly with themes that the majority of the Jewish population of Israel (not including the Ultra-Orthodox, who usually have less of a connection to the land), can identify with. These include: scenery, history, as well as the security and the settling of the land, to name a few. The songs are generally written in the plural and are centered on society and  "togetherness," rather than on the individual.

The typical performance setting of this genre is at communal singing events, that is held in auditoriums. The audience is generally comprised of adults who were born in Israel, many of whom grew up in various youth movements. Some of the reasons for the participants to come to these gatherings are: nostalgia towards their days in the youth movements and the Kumzitz (a communal campfire where participants sit around, sing, and tell stories), nostalgia towards the "togetherness" of the early days of the state, and a wish to feel that "togetherness" again, during the present time. The framework of communal singing, which brings many people together, as well as the content of the songs, helps fulfill that wish.

One way to define Israeli folksongs is through the artists who were categorized within this genre. This includes composers such as Nahum Nardi, Daniel Sambursky, Mordekhai Zeira, and Moshe Vilenski; performers such as the Military bands, Arik Einstein, and Shoshana Damari; and poets whose words were used for the lyrics of the songs, such as, Natan Alterman, Ya'akov Orland, Rachel the poetess, and Ehud Manor. The songs within the genre of Israeli Folksongs also share musical similarities. These include the fact that many are written in minor scales, are easy to sing and melodic, have similar subject matters, and similar rhythmic and melodic intonations. Despite the name of the genre, many of the songs' melodies were appropriated from other traditions, such as Russian, Hassidic, Yiddish, Arabic, and Greek.

In the media, these songs are generally used when there is a need for songs that portray a consensus, on national holidays such as Memorial Days, and during times of conflict and national disasters. These songs hold a few different functions, including, enforcing a feeling of "togetherness," nostalgia, and a feeling of connectedness to the land of Israel and its history.

This genre can be seen as a kind of invented tradition, a model that coincides with many modern national movements' attempts to use tradition as the platform for national identity. This genre was created as an effort on the part of the first Aliyah (Jewish-Zionist immigration and settling in Palestine) to create an image of a new, Hebrew, non-Diaspora Jew. As part of this effort, music held an integral role. This can be seen through the songs written for Jewish holidays that received a new Zionist, rather than religious, meaning, and through the songs that depict the activities of the new Jew, like agricultural labor and military service.

The Israeli folksongs can be seen as a form of secular prayer that connects to the Israeli ethos.

* This entry is a summarized version of the full artice about Israeli folksongs by Talila Eliram. To read the full article, see below.