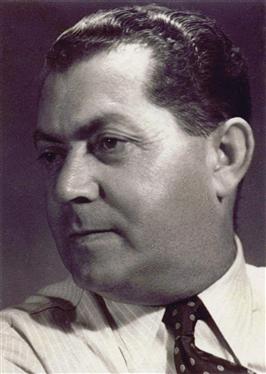 Joel Walbe was born in Shepetovka, Volhynia (today ). As a boy, his education was standard for wealthy Jewish families in Russia. He first studied Torah in the Heder, and then proceeded to general studies with private teachers.

Shalom Walbe, Joel's father, was a wealthy Jewish merchant and a Gabbai. He kept a secluded Jewish life, and he wished for his sons to continue his business and his way of life. He rejected young Joel's musical interests, and considered the study of music and literature to be a foreign influence. Though Joel's mother did encourage his musical curiosity, he was forced to cultivate his musical interest in secret by practicing the violin secretly in the attic, and by listening to organ music in church services. His first practical encounter with music arrived when he joined a mandolin and balalaika folk music band.

This restrictive environment, together with the harsh events in (WWI, Pogroms, Russian revolution) compelled Walbe to immigrate to . In 1920, during the Third Aliyah (wave of immigration to Israel), Walbe boarded a ship to , as part of a group of the Halutz (Pioneer) movement. While sailing to Palestine, he and a friend joined a mandolin band, earning additional food for themselves and for their group. After arriving in , this same group established a new settlement called "Har Kinneret" near the Kinneret (). After two years of struggling with harsh land, lack of employment, and lack of basic services, the group left the new settlement and dispersed throughout . Afterward, Walbe bought land in Hadera and tried to live as a farmer, though this experience proved once again to be unsuccessful. In 1925 he moved on, this time to Tel Aviv.

While living in Tel Aviv, Walbe decided to become a musician. His first musical endeavors involved organizing mandolin bands in various locations and conducting their concerts. For instance, he conducted a band for the Tel Aviv bus company 'Hama'avir,' and also conducted mandolin bands in Herzliya. He continued this line of work until the end of the 1930's, when he began to realize that his musical education was lacking. This led him to finish his high-school education and receive his diploma.

In 1926 his father came to see Walbe, and together they bought land in Tel Aviv and built a house. Soon after, however, his father returned to . In 1927 Walbe began his music studies with Hadasah Birbis, a student in Bet Haleviyim Conservatory, who taught him note-reading and piano. The conservatory arranged for Birbis to study for free. In return, Birbis taught Walbe, who did not have enough money to pay for his education. After his lessons with Birbis, Walbe continued to study with famous Israeli musicians, such as the composer Erich Walter Sternberg, who arrived to in 1932. It was around this period that Walbe began composing.

In 1927 he published his first song, "Shir Hashtil." Many of his songs were intended to fit the needs of settling Zionists in . He composed Horas (Israeli dance) like "Hora Medura," with words by Natan Alterman, shepherd songs like "Seh Vegdi," and other Zionist songs.

Walbe decided to elevate his music studies to an academic level, and in 1933 he left for   conservatory. He had to pause his studies and return to Palestine due to family illness, but Walbe returned in 1937 to complete his degree and receive his artist's diploma.

After his studies in Vienna, Walbe returned to , and began working as a music educator. He taught and organized orchestras and choirs in various schools, such as: Echad Ha'am, Hashachar, Hachashmona'im, Hayarkon, and the Levinski Seminar for Teachers. These positions gave Walbe a chance to utilize the children's songs he composed, such as "Kad Katan" and "Bo'u Ananim."

As a result of his musical studies in , Walbe began composing art music in the early 1940's. His first compositions of this kind were art songs, as opposed to his earlier Israeli folksongs. He proceeded to compose chamber music, symphonies, cantatas, and an oratorio. His "Shabbat Cantata" (1948), based on his song "Shabbat," won the Engel Prize in 1955.

Based on a statement by Hertzl Shmueli, Nissan Spivak writes that Walbe's compositional style is "completely Israeli," free of foreign folklore, while still within the European classical tradition. He adds that one unique characteristic of Walbe's music is the use of Masoretic accents (Ta'amei Hamikra). In 1964 Walbe returned once again to , and received a Ph.D in Musicology for his essay, Der Gesang und seine Quellen: ein Beitrag zur hebräischen Musikologie (The Singing of Israel and its Sources: a Contribution to Hebrew Musicology), which was published as a book in 1975.

Joel Walbe was born in Shepetovka, Volhynia (today ). As a boy, his education was standard for wealthy Jewish families in...

Noam Sheriff
Noam Sheriff (b. Tel-Aviv, 1935-2018), composer, conductor and lecturer. Sheriff is the only celebrated Israeli composer of his generation that also developed a career as a...