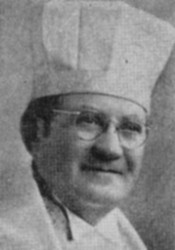 Joshua Samuel Weisser (Pilderwasser) was born in 1888 in Novaya Ushitsa, Ukraine. As a child, Weisser was exposed to the tradition of Hassidic melodies and Hebrew zemirot through his father Aba Pilderwasser. Weisser began his formal musical education with the local hazzan of Novata Ushitsa, who taught him solfege and sight singing. He participated in many local synagogue choirs, studying under notable chazzanim such as Eliezer Gerovich.

While in Vinitsa, Weisser studied theory and harmony at the local conservatory with professor Karatkoff. At the age of 16, while performing and studying in Vinitsa, Weisser composed his first original work for hazzan and choir, "Moh Oshiv," a selection from the Hallel. In 1909, at the age of 21, Weisser began his official cantorial career, serving as the hazzan of the Vinitsa Synagogue. During this time, Weisser was able to develop his compositional talent, and he incorporated many of his original works into his services.

In 1914, at the onset of WWI, he immigrated to the United States, at which point he officially changed his surname from Pilderwasser to Weisser. In order to establish himself in New York City, Weisser took many short-term positions officiating holiday services. In 1923, he was appointed hazzan of the Allen Street Synagogue, and afterward officiated at a long string of synagogues for a period of one to four years. He held positions at Tiferet Israel, The Nachlat Tzi Synaogue on East 109 St., the Tremont Talmud Torah Synagogue in the Bronx, Shaare Tefiloh Synagogue in Brooklyn, and the Chevrath Tehilim Synagogue in Brooklyn. Weisser's last active period as a hazzan was from 1944-1950, when he officiated High Holiday and Passover services at the Flager Hotel in New York's Catskill Mountains. During this same period, Weisser also dedicated increasing time to teaching and composing.

Throughout his time in America, Weisser was involved in many Cantorial organizations and Institutions. In 1937, he was one of the leaders in the formation of The Cantors-Ministers Cultural Organization, and from 1939-1940 he served as the president of the Jewish Ministers Cantors Association of America. In addition, he was an active member of the Society of Jewish Composers.

Weisser's compositional output is extensive and varied. Aside from the thirteen collections of original compositions for the Synagogue, he also composed many secular songs for voice and piano, incidental music, two collections of Hassidic Melodies, and a plethora of articles dealing with Jewish liturgical music and the American cantorate. Weisser passed away in 1952, just before his last collection, "Shirei Beth Hakneseth, Volume II" was set to print.

A personal account by nigunim composer Ben Zion Shenker titled, "A Persistent Joshua Weisser Convinced My Parents I should Join His Choir," can be viewed on YouTube courtesy of the Yiddish Book Center.

Joshua Samuel Weisser (Pilderwasser) was born in 1888 in Novaya Ushitsa, Ukraine. As a child, Weisser was exposed to the tradition of Hassidic melodies and Hebrew zemirot through his father Aba...

Pinhas Jassinowsky was born in Romanovka, a small town outside of . Jassinowsky’s first exposure to Jewish...

Samuel Naumbourg was born in Dennelohe, Bavaria, groomed from a young age to continue the long line of professional hazzanim in his family. He received his formal musical...