The Liturgy of Beta Israel: Music of the Ethiopian Jewish Prayer

Some scientific enterprises, like good wine, mature over a long period of time. The present publication, dating back to 1986, is the result of a similarly deliberate and painstaking process, and in view of the fact that it was undertaken with French colleagues, the wine metaphor is a most natural fit.

The clandestine aliyah (immigration) of Ethiopian Jews that started in 1979 became publicized in the wake of Operation Moses when a significant proportion of the Jewish population of Ethiopia was flown from the Sudan to Israel between November 1984 and early January 1985. In the wake of this operation, the Israeli absorption authorities decided to gather the Qessoch (Qessoch, priesthood; sing. Qes, from the Amharic qəs, also called kahenat, sing. kahen, from Ge’ez kahən) at a learning institution in Jerusalem, Machon Meir, to familiarize them with general Jewish history and Orthodox religious law (Halacha) that regulates the private sphere among Jewish citizens in the State of Israel. These religious leaders of the Beta Israel community were seasoned practitioners of the unique Ethiopian Jewish tradition, which differs from Halacha. It quickly became obvious that such a contentious re-education process would lead to the rapid erosion of the autochthonous liturgical practices of the Beta Israel. Under the initiative of Prof. Simha Arom; the joint research efforts of Prof. Frank Alvarez-Pereyre (France), Dr. Shoshana Ben-Dor (Israel), Dr. Olivier Tourny; and with the cooperation of various French and Israeli research institutes, a project of systematic recordings of the Qessoch – which started at Machon Meir in the 1980s – turned into an ambitious research which provides a comprehensive understanding of the Beta Israel liturgy, as it was performed in Ethiopia until the mid-1980s. 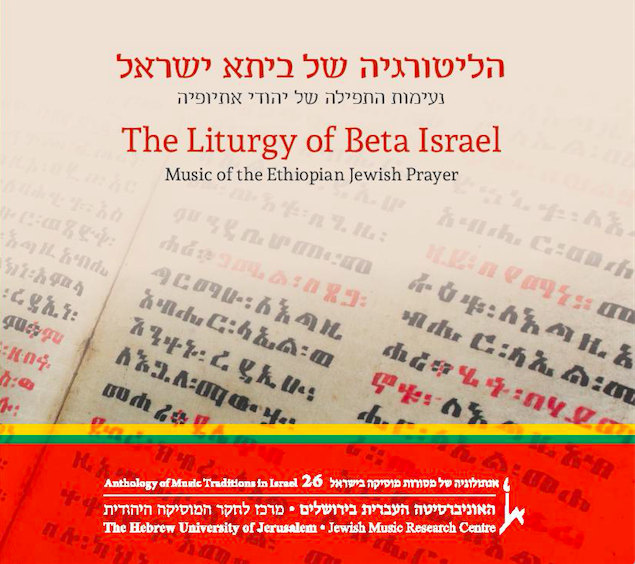 A prayer performed in the very early morning of Ber’hān Sarāqa (Rosh Hashana), before sunrise. The text binds the creation of Heavens, Earth, and Water to the Forefathers, for whom they have been created. A clear link is established between Ber’hān Sarāqa, the world’s creation and the Forefathers. The qualities of the latter are said to benefit their offspring. Such an extension of the meaning of the Biblical text brings the Beta Israel closer to rabbinical Judaism.

This prayer can be heard around noon or in the afternoon during the service for Āstaseryo (Aescoly 1951). It opens with prescriptive formulations that have been described previously. Some of the phrases are from Exodus and others from Leviticus. The passages that specifically relate to Yom Kippur are then listed (Leviticus 16:29-31 and 23:26-32). The prayer goes on to stipulate that Sabbath should be observed. It then focuses on the description of and praise for Jerusalem, the city of Abraham and Isaac, that has to be acclaimed by those who pray with their prayers and songs. The people of Israel are bound to Jerusalem through different obligations. The prayer evokes the letters dalet and zayin which have performative power. Justice and light shall arise from Jerusalem.

The prayer contains two sections, the first of which, very brief and unmeasured, is antiphonal. It leads to a dance song in the hemiola pattern, marked by the stamping of the Qessoch’s feet and the sporadic emission of rhythmic guttural sounds. In this piece, unlike the preceding ones, several Qessoch take turns in the role of soloist; as this is not predetermined, it sometimes happens that two or more of them start singing the solo simultaneously. The periodicity of the chant is variable; it can have 16, 18, 22, or even 24 beats per hemiola. This is mostly due to the overlapping of certain solos with the end of the choir section.

The prayer consists of four pieces that are performed in this order at weddings. The two first pieces can be heard separately on other occasions. In the first section, those who pray declare that they shall always praise God, believe in Him constantly and be faithful to Him. Praying in the House of God is then mentioned. Finally, those who pray ask God to guide them. The second piece appears independently in other Beta Israel celebrations. Those who pray are grateful for being allowed to be present at the liturgical event and perform it, praising God for it.  The third section contains the blessings for the wedding proper. It quotes part of Psalm 19 and links it to the groom. Then come the blessings for procreation and fertility of the land found in Deuteronomy 7:13-14. The last section of the prayer is a call to God. The eternal One is asked to bless His worshipers with peace, mercy, comfort, light and justice. The section closes with a set of blessings for the city of Jerusalem: peace for the city of the Forefathers, for the Temple, and for Zion the Holy.

The four pieces sung together at wedding ceremonies constitute an interesting set from the musical point of view. The performances are varied, the soloist’s part is shared by several Qessoch in turns (sometimes, within a single piece), and the melodies and the time organization show great variety. The first prayer, relatively short, is antiphonal. The second one starts after a pause. It contains two sections, one in the hemiola pattern, and a second one responsorial with very long enunciations followed by very short ones. The third prayer contains three different sections; the first one follows the hemiola pattern. In Ethiopia, the first two prayers and the first section of the third were accompanied on a gong and a frame-drum. Starting with the second hemiola section, the prayer is marked by the Qes stamping his feet on the ground. The third section, antiphonal, is characterized by a different musical mode. Finally, the last prayer consists of three sections: the first and third are in the hemiola pattern, while the middle section is antiphonal and in a different musical mode.

The Liturgy of Beta Israel: Music of the Ethiopian Jewish Prayer

Some scientific enterprises, like good wine, mature over a long period of time. The present publication, dating back to 1986, is the result of a similarly deliberate and...

Musical Tradition and its Transmitters between Synagogue and Church