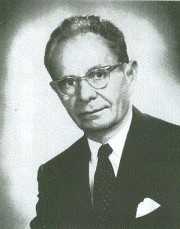 Moshe Nathanson, son of Rabbi Nahum Nathanson, was born in Jerusalem in 1899. Until age 10, Nathanson attended a traditional heder (all-boys religious school) in the old city of Jerusalem. Moshe left the heder to attend Bet Sefer Lemel, the elementary division of the Ezra School in Jerusalem, where Abraham Z. Idelsohn was the director of the choir. Sheldon Feinberg, in his book “A Song Without Words” claims that Idelsohn assigned his students to compose words to the niggun that Hava Nagila is based off of. Feinberg asserts that Moshe Nathanson was in fact responsible for the lyrics that have become so popular today.

In 1922, Nathanson immigrated to Canada, where he studied Law and Music at McGill University. Mid-degree, Nathanson decided to transfer to the Institute of Musical Art in New York (now the Julliard School of Music). In 1924, he became the cantor for the Society for the Advancement of Judaism (Mordecai Kaplan's Synagogue in New York, and the founding community of the Reconstructionist movement in the United States), a post he held for over forty-six years. One of Nathanson’s most important contributions to the field of Jewish music is his compilation of liturgical melodies, Zamru Lo (4 vols.), which is still widely used in the USA today.

Aside from his work at the SAJ, Nathanson was involved in a number of projects to promote Jewish and Palestinian folk music. For example, Nathanson was the one of the main contributors to the “Voice of Jerusalem,” a weekly WMCA radio program to promote Hebrew culture and song. The first broadcast was released a month before Passover 1931, with support from sponsor Horowitz-Margarten Matzoh company. Many of the songs aired on the program were performed by a choir directed by Meyer Machtenberg. “Voice of Jerusalem” aired for ten years in all. Nathanson also became involved in a special project sponsored by the Bureau of Jewish Education to teach 'Shirei Eretz Israel' (Israeli folk songs) to Jewish Day Schools and after-school teachers, so that they could impart the tradition to their students. Nathanson’s collaboration with Dr. Judah Lipson lead to his involvement with the Bureau’s summer camp, Achvah, where he served as the musical director for many years.

Nathanson passed away in February of 1981, survived by his three children: Deena Starr, Naomi Brettler, and Yaron Nathanson.

Moshe Nathanson, son of Rabbi Nahum Nathanson, was born in Jerusalem in 1899. Until age 10, Nathanson attended a traditional heder (all-boys religious school) in the old...

Pinhas Jassinowsky was born in Romanovka, a small town outside of . Jassinowsky’s first exposure to Jewish...