For centuries, the Jewish women of Cochin have been singing Jewish songs in the Malayalam language of Kerala, their ancient homeland on the tropical southwest coast of India. The 42 songs on this CD represent just a fraction of their traditional repertoire as preserved in more than 300 written texts, though the melodies of most of the songs have been forgotten. Until recently, the performance of these songs was in danger of being lost altogether with the immigration of almost all the Cochin Jews to Israel, where younger generations no longer understand Malayalam. Fortunately, a collaborative project is now under way, with a team of international scholars, studying and translating the songs, and a group of Cochin women dedicated to reviving their performance. This CD is one result of this collaboration. 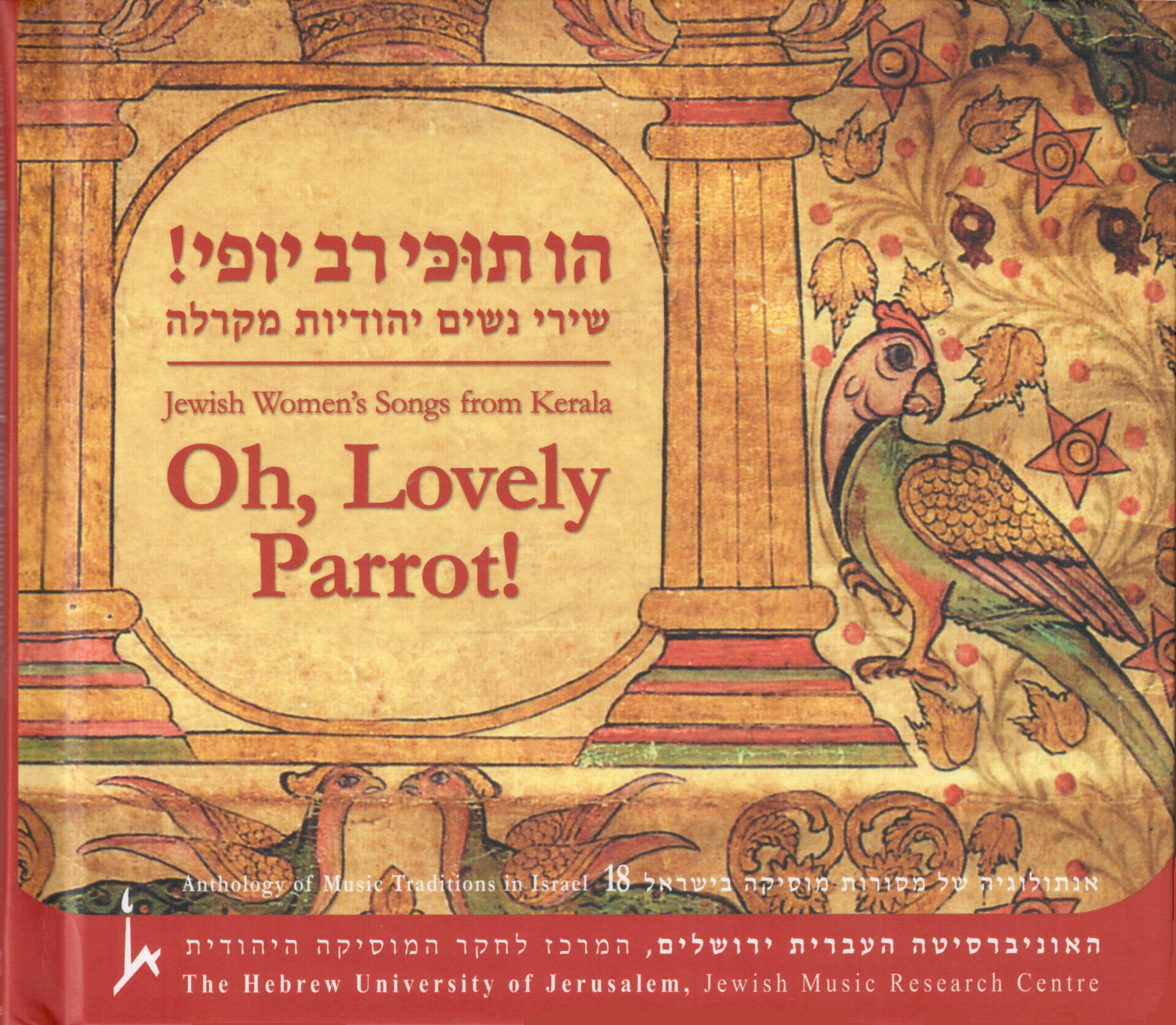 A song of blessing for many occasions especially for the bridegroom for an infant boy before brit milah (circumcision) and for the pidyon ha-ben (ritual for redeeming a first-born son). Variants are found in nineteen different notebooks indicating the song's popularity and making is difficult to decipher its meaning. The text refers specifically to childbrith and it echoes a number of the morning blessing in the Hebrew liturgy.

A Malayalam Zionist song celebrating the declaration of Israeli independence on the fifth day of the Hebrew month of Iyyar May 14 1948 when the British rulers departed from Palestine at the end of the Mandate. It praises the Jewish youth who "took up" the independence which was handed over by "the brutal Englishmen." Set to a popular cinema tune of the day, "Enni enni parkum manam," from the Tamil film "Valukayi" ("Life") composed by R. Sudarsanam. It was performed during yearly Independence Day celebrations in Chendamangalam in the early 1950s. The first verse is repeated as a chorus.

This Kerala "play song" for Shavuot is about Mutaliyār Moses receiving the Torah on Mount Sinai and dropping the tablets because they became too heavy. It alludes to a midrash about how the letters flew off the tablets of the Law when Moses came down the mountain and beheld the worship of the golden calf. Mutaliyār is a title given to the leaders of various communities in Kerala.

For centuries, the Jewish women of Cochin have been singing Jewish songs in the Malayalam language of Kerala, their ancient homeland on the tropical southwest coast of India. The 42 songs on...

The Immigrant Composer in Palestine, 1933-1948: Stranger in a Strange Land
שירת אבריי