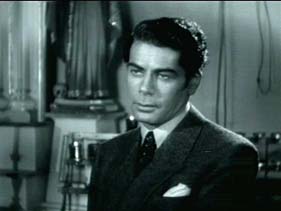 Paul Muni was born in Lemberg, Austria in 1895. Muni's parents, both actors in a traveling Yiddish repertory company, immigrated to America in 1899. As a young boy, Muni made several appearances on stage with his parents. His formal stage debut was in 1907, after which he was recruited to join Maurice Schwartz's Yiddish Art Theater Company. Muni often performed at the Second Avenue Theater and the Irving Place Theater during his 18 years on the Yiddish stage.

In 1926, Muni made his first Broadway appearance in the show We Americans. Three years later in 1929, he was offered a contract with Fox Studios, but after producing only two films, The Valiant and Seven Faces, he returned to the Broadway stage. In 1931, Muni starred in the original stage production of Counsellor at Law, and returned to the silver screen playing the role of mobster Tony Camonte in the film Scarface (1932). That same year, he appeared in the film I am a Fugative from a Chain Gang, which marked the beginning of his professional relationship with Warner Bros. Pictures. In 1936, Muni was awarded an Academy Award for best actor in the film The Story of Louis Pastuer (1935).

The following decade was very busy for Muni professionally; he appeared in over ten films, and continued to act on Broadway. One of his most memorable roles was Clarence Darrow in the Broadway production of Inherit the Wind, for which he won a Tony Award. Muni's final film appearance was in The Last Angry Man, released in 1959, after which point his health began to deteriorate. In addition to his Academy Award, Muni received four Best Actor Nominations for the films: The Valiant (1929), Chain Gang (1932), The Life of Emile Zola (1937), and The Last Angry Man. Paul Muni passed away on August 25, 1967 of heart failure.

Paul Muni was born in Lemberg, Austria in 1895. Muni's parents, both actors in a traveling Yiddish repertory company, immigrated to America in 1899. As a young boy, Muni made several appearances...

Boris Thomashevsky, son of Yiddish actor and playwright Pincas Thomashevsky, was born in Tarasche, a small town near Kiev, Ukraine in 1868. He immigrated to the United States in 1881, and...