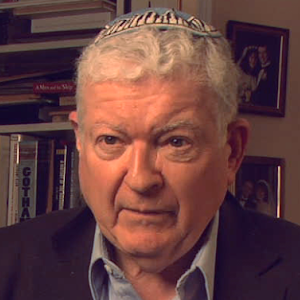 Pete Sokolow, a Brooklyn native, is a jazz and klezmer pianist and reed player whose klezmer roots in the Catskills span older and newer generations of Jewish musicians. Sokolow has played with many major figures in klezmer history, including Dave Tarras, the Epstein Brothers, and Ray Musiker, and been an important figure in the revival of klezmer music. Sokolow has orchestrated numerous albums, musicals and films. His albums include Klezmer Plus, by the group Klezmer Plus, which he co-founded with Henry Sapoznik in 1982. He wrote the transcriptions and technical introductions to Henry Sapoznik's book, The Compleat Klezmer (1987). He is founding faculty member of KlezKamp and his latest recording is as a member of the Michael Winograd band dedicated to the music of Dave Tarras.

Biography from The American Folklife Center.

Pete Sokolow discussed and demonstrated the music that shaped his life and career. At the honored evening by the Yiddish Artists & Friends Actors Club for his artistry and contributions to the world of yiddish music and culture (June, 2017)

Kalish Jon. In Modern Klezmer, 'The Oldest Old Guy' Is The King Of The Scene, an Oral and written interview with Sokolow. (Heard on Weekend Edition Saturday, January 2015)

"Pete Sokolow" at the National Library of Israel. It includes recordings and music scores.

Pete Sokolow, a Brooklyn native, is a jazz and klezmer pianist and reed player whose klezmer roots in the Catskills span older and newer generations of Jewish...

Yiddish used to be a language that was spoken by over ten...

The Hits of Mickey Katz and his Orchestra