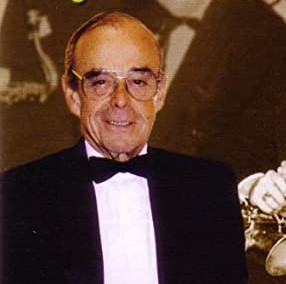 Born in 1927 in Williamsburg, Brooklyn, Ray is the fourth generation in a family of Klezmer musicians. As a child, Ray learned to play Klezmer dance music at Jewish weddings. His parents immigrants to America from Northern Russia. From his parents, Ray inhererited a love of Eastern European Jewish music from Russia, Poland, Romania, Bulgaria and Hungary.

Ray plays saxophone, clarinet and flute. He taught music for 32 years, and recorded and performed extensively, in America and internationally. During the 50s he performed with Mickey Katz and Joel Grey in Borschtcapades. He has produced and arranged, as well as performed, on numerous Klezmer recordings, including an appearance on the Terry Gibbs Jewish Swing album. In 1992, Ray accepted a music award in the Krakow International Music Festival, where he performed his Matai album. In 1993, Musiker was featured as a clarinet soloist on the Garrison Keillor Prairie Home Companion radio show. His music has appeared in movie scores including Brighton Beach Memoirs, and he was included in the award-winning 1997 documentary Tickle of the Heart. Ray has recorded several albums including Tzena, Tzena, and Jewish Wedding Dances. He also featured in the album Tanz with his brother Sam Musiker and  Dave Tarras.

The biography is from Save The Music Archives.

Rushefsky, Peter, "Ray Musiker – Generations: A Living Musical Legacy" in The Center for Traditional Music and Dance (CTMD): (June 2020). It includes photoes, videos and an interview with Ray Musiker.

Born in 1927 in Williamsburg, Brooklyn, Ray is the fourth generation in a family of Klezmer musicians. As a child, Ray learned to play Klezmer dance music at Jewish...

Bulgareasca/ Bulgarish/ Bulgar: the Transformation of a Klezmer Dance Genre

Outline of the article:
Klezmer music
Classification of the Klezmer Genres
Bulgareasca, Bulgarish, Bulgar
The Bulgareasca/ Bulgarish in Eastern Europe
...