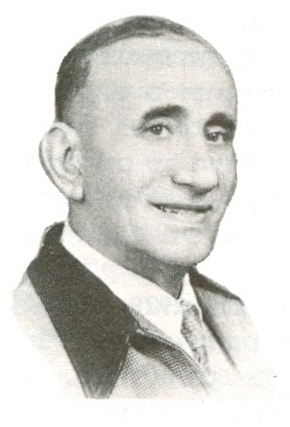 Yehiel 'Adaki was born in Manakhah in 1903[1] to Aharon and Margalit 'Adaki. The family originated from Sana'a, but Yehiel's paternal grandfather left due to starvation in Sana'a, and worked in the Herez region as a goldsmith. He also officiated as a rabbi without receiving payment. In 1906, when Yehiel was three years old, his family moved to Sana'a. His father worked as an upholsterer and his mother as an embroiderer. As a child, 'Adaki studied Torah and Hebrew. When he was nine, his father died, and his mother could not sustain the two of them, so he was forced to work in order to help support the household. During this time, he studied and worked as a goldsmith, a common profession among the Jews of Yemen, while at the same time, continuing with his religious studies at night in the synagogue with Rabbi Avraham Badihi.

When 'Adaki was 13 work was scarce for goldsmiths, and he began working at weddings, doing manual labor such as pumping water and cooking. In Sana'a, the weddings were spread out over two weeks, with various events happening throughout. The singers used to build a singing program for each event and party. 'Adaki got to know three groups of singers (each wedding had a group of three singers), headed by Rabbi Aharon Hacohen. While working, he would listen to the singers who performed at the wedding, and studied their repertoire. He had a good voice and musical hearing, as well as a good memory and perception, and he soon began singing at the weddings himself. Furthermore, he studied singing with Rabbi Shalom Giat, a famous singer among the Yemenite Jews from Manakhah, who, upon visits to Sana'a, was always invited to sing at weddings. 'Adaki also learned cantorate from his visits to the synagogue.

In 1920 'Adaki fled from Sana'a and began a long journey to Palestine. He first travelled to Eden, from there he continued to Giboti, where he worked as a goldsmith, but shortly thereafter moved on to Ethiopia. Then he continued to Asmara in Eritrea, where he made the acquaintance of Rabbi Kahalani, with whom he continued his cantorate studies. From Asmara he went through Port Said and Alexandria on his way to Cairo, where he stayed for a year and a half, and studied Sephardic cantorate in the Hanan synagogue. In 1926, 'Adaki arrived in Palestine using a visa arranged for him by his uncle in Jerusalem.

He arrived in Jerusalem in 1927, and began working in Edwin Samuel's (the son of Herbert Samuel, the British High Commissioner of Palestine) house.

In Palestine, 'Adaki discovered that Jewish Yemenite singing is looked down upon, even by Yemenite youth, and that it is only known in Yemenite neighborhoods. He tells, "I was invited to a wedding on Sabbath eve in Me'ah She'arim...[2] All of the Yemenite rabbis of Jerusalem were present. At the time I was not yet known as a Yemenite singer, but I was curious to hear the Jerusalem Yemenite singers, the 'Meshorerim.' There were two who began singing a song of rabbi Shalom Shabazi, 'elaha-lkol wa ya rabb-ljalali', which is part in Arabic and part in Hebrew (…) They had nice voices. After three verses of the song, they stopped because some distinguished Ashkenazi and Sephardic guests have arrived at the wedding. After the reception, I was surprised to hear the same singers begin to sing the piyyut Sha'ar Asher Nisgar in a Sephardic melody and a Yemenite accent. It made me laugh, and I asked a friend who sat next to me, why they stopped the first song. He whispered to me, innocently, that Yemenite singing is a "Diaspora" singing, and does not appeal to non-Yemenites. He added that the Ashkenazi and Sephardic Jews make fun of how we [the Yemenites, O.R.] sing. I felt as if someone put ice on my head. My body was burning from the insult towards Yemenite singing (…) I had two choices, either to leave the party or to show what the "pathetic" Yemenite singing really is. I chose the second.

I asked my friend for a glass of cognac. He was surprised, but gave me one. I drank the entire glass in one sip, and waited for the 'Meshorerim' to finish their song. I drank another small glass and without further invitation, started singing excitedly and with a tear in my eye. I continued with the song they started, but added a dancing rhythm, and a man I knew from Asmara, who was a professional dancer, encouraged me with his dance. To the surprise of all of the guests, I finished the song with the customary praise to the groom and to everyone.

The non-Yemenite crowd reacted with a big applause, and right away I asked them if they thought that Yemenite singing is beautiful. They unanimously answered that it is (…) From that day on, I took an oath with the creators and melodies of Yemenite singing, and saw it as an utmost duty, to help spread Yemenite singing and to make it widely known."[3]

In the same year, 'Adaki participated as one of the founders of Histadrut Bney Shalom of the Yemenite youth, in which he organized a choir of eighty girls and boys. The choir met twice a week and performed at events of the Yemenite community. In 1929, he moved to Tel Aviv and married Mazal Melamed (1909-1993), the daughter of Yemenite parents who immigrated to Jerusalem. In Tel Aviv he organized a choir of eighty boys in the Ezrat Ahim society. Later, he was invited by the Tel Aviv city council to organize a choir in the Kalischer School, where most of the students were of Yemenite origin. This choir performed in Ohel Shem hall, at the Oneg Shabbat fests organized by Haim Nachman Bialik. 'Adaki went on to organize additional choirs at Bet Brener and the Hatikva neighborhood, and was sent to work with choirs in Rehovot, Rishon Letsiyon, Petah Tikva and Hadera.

In the course of a year, Yehiel taught Brakha Zefira (who was a cousin of his wife Mazal) some of the Yemenite repertoire, which she used in her performances with Nahum Nardi. They performed Yemenite songs at Mugrabi hall and received a good critique from the writer Y. Burla. According to 'Adaki, this critique helped the Yemenites to reevaluate and take pride in their singing. According to Avner Bahat in "Invitation to Piyut,"[4] 'Adaki was proud that Zefira's performance of the Yemenite piyyut Elohim Eshala, by the Paytan Yosef Ben Yisrael, which he himself taught her, became, in 1936, the first song of the first Hebrew radio broadcast on the Palestine Broadcasting Service.[5]

'Adaki was active on the radio for several years, doing various shows in which he read Parashat Hashavu'a (weekly Torah portion), performed with his choir, and lectured about the Jewish Yemenite folklore.

Additionally, 'Adaki worked with the musician Menashe Ravina, who transcribed some of the Yemenite songs. The Israeli folksong Ki Tavo'u El Haarets[6] was written by 'Adaki under the encouragement of Ravina who asked him for a Yemenite song for Tu Bishvat.

Throughout these years, 'Adaki continued working in various jobs to sustain himself and his family, because his musical activities did not provide him with sufficient livelihood. After his work at Edwin Samuel's house, and under the encouragement of his wife, he opened consecutively two goldsmith shops that eventually failed. He then worked for several years in manual labor. At that time he had two sons, Ehud (b. 1931) and Zamir (b. 1933). In the forties, he worked in Jerusalem as an usher at the cinema, and later again as a goldsmith. The family moved to Giv'at Rambam (today in Giv'atayim) around 1943, and from there 'Adaki went to work for two years in the Shefeyah educational village with Yemenite orphans. Upon his return to Giv'at Rambam, 'Adaki and Mazal got divorced, and Yehiel moved to Tel Aviv, where he stayed until his death.

'Adaki's immense work was integral to the distribution and conservation of the tradition of Jewish Yemenite singing. Even though his name is almost unknown today, the Yemenite singing that remained with us, and also spread beyond the borders of Israel, is inherently indebted to him.

We owe thanks to Zamir Nivron for his contribution of information and photos of Yehiel 'Adaki.

[1] It is important to mention that birth dates in Yemen at the time were not remembered, so 'Adaki's year of birth is only assumed. His son, Zamir Nivron claims that he was probably born more than ten years earlier. He assumes this according to his mother Mazal, which said that her husband was much older than she was. Adding to this, Nivron says that a picture showing 'Adaki and his friend Yossef Hubera, in which 'Adaki is sitting and Hubera is standing, implies that 'Adaki was the older of the two, because he got the honor of sitting. According to Hubera in his book Telaot Teiman ViYerushalayim, he (Hubera) was born in 1892, which makes 'Adaki more than 11 years older than what he said in his interview with Avner Bahat (being born in 1903).

[2] A neighborhood in Jerusalem.

[5] Actually, the song was not the first song to be sung in the mentioned broadcast, but indeed the second program on this historic broadcast consisted of Yemenite songs sung by Zefira, and it's very likely Elohim Eshala was the first one to be sung on this program.

The song 'Ozi Ve-Zimrat Yah composed by Yehiel 'Adaki. According to Avner Bahat, quoted in Zemereshet, the song was composed by 'Adaki in the thirties for a play of a theater group of Yemenite Jews, which he helped to found. The name of the play was Azah Kamavet Haahavah (love is stronger like death). To listen to the song, see here (hebrew website).

This collection consists of musical settings by Amiran of poems by various poets.