Some scientific enterprises, like good wine, mature over a long period of time. The present publication, dating back to 1986, is the result of a similarly deliberate and painstaking process, and in view of the fact that it was undertaken with French colleagues, the wine metaphor is a most natural fit. 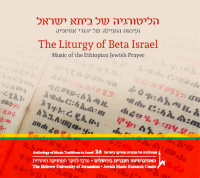 This film, narrated by Laurence Olivier, contains performances of both secular and religious music in Israel. This includes praying at the Western Wall, a Jazz version of the Song of Songs, an Upsherin (the ceremonial first haircut when a boy is three years old) ceremony with dancing and singing, and lighting of Hannuka candles in different traditions such as, Persian, Yemenite, and secular.
Material Type:
Films
Year:
1971

Sabbath bride is a documentary film about Sabbath in London. It features prayers and music along with interviews and Sabbath food.

Excerpt from film that features singing of different pieces:

Additional excerpt from the film about Havdala:

A study of the role of music among the civilizations of the ancient Near East.