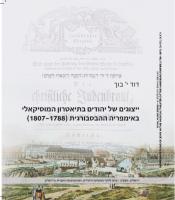 Retrieved from: The United States Holocaust Memorial Museum: Research: Bibliographies Explores the affect of Nazism on German music in the 1930s and 1940s, includnig propaganda, the influence of National Socialist concepts of race on classical music and opera, and a discussion of the relationship between composer Wilhelm Furtwangler and the Nazi Party. Includes illustrations and an index.

Retrieved from: The United States Holocaust Memorial Museum: Research: Bibliographies Chronicles the planning and production of the opera Brundibבr, performed by a children’s company in Theresienstadt for representatives from the International Red Cross in 1944.

(Compact Disc) Retrieved from: The United States Holocaust Memorial Museum: Research: Bibliographies New recording of the children’s opera performed for representatives of the Red Cross by prisoners in the Theresienstadt ghetto in 1943. Includes a booklet with the libretto in English, Czech, French, and German.

Born in Jan. 1898 in Teschen, Czechoslovakia, Ullmann studied in Vienna; in 1918-19, he was a pupil of Arnold Schoenberg. From 1920-27 he served as conducting assistant to Alexander Zemlinsky in Prague, and also worked as free-lance composer and teacher. He continued as a composer and a music critic in Theresienstadt, where he had been deported in 1942. In Oct. 1944 Ullmann was sent to his death in Auschwitz.