This film is one of the first Hollywood films to deal with the Holocaust and starts cantor and star of the Yiddish cinema Moyshe Oysher in his only English language role. It is about a cantor who is a holocaust survivor with traumatic amnesia and who can only sing when he is inebriated.

Film include footage shot in the historic Levetzow Synagogue in Berlin that was razed shortly thereafter. 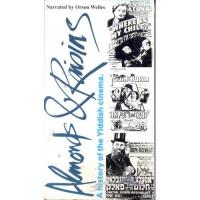