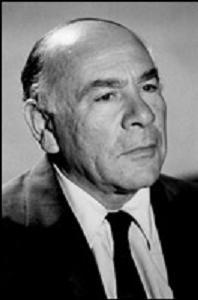 Israeli composer and teacher. Emanuel Amiran (Pugatchov) was born in Warsaw in 1909 to Ukrainian parents. In 1914, the family moved to Russia. Due to the fact that his father founded and directed Hebrew schools in both Warsaw and Moscow, Emanuel's education was grounded in the Hebrew language, the Bible and the fundamentals of Jewish culture. In Russia, Amiran began his music studies with Joel Engel and Prof. David Shor. In 1921, the family left Russia with the goal of immigrating to Palestine, but stayed one year in Warsaw and three years in Berlin, where Emanuel pursued conservatory studies.

In 1924, the family arrived in Palestine, where Emanuel studied at Gymnasia Herzelia and later worked in various jobs, at the same time studying in Jerusalem with Solomon Rosowsky (1928-1930). Later, Amiran moved to Tel Aviv where he taught music at various schools and seminaries. He ended this work in 1934 when he departed for London to study at the Trinity College of Music, under Sir Granville Bantock and Alec Rowley. In 1936, Amiran returned to Israel and continued teaching. In 1945, he founded the "Music Teachers Seminary" in Tel Aviv, together with Prof. Leo Kestenberg.

In 1948, Amiran was appointed officer and instructor of musical activities in the IDF and was co-founder of the IDF orchestra. In 1949, he became the Directing Supervisor of Music Education in the Ministry of Education and Culture, a job he maintained for over twenty years.

Amiran is well remembered as a musical educator and composer. His compositions include over 600 Hebrew folksongs, incidental music for theater and cinema, music for public celebrations, and works for piano, orchestra, voice, and chamber ensembles.

A collection of 61 recordings of Emanuel Amiran can be heard online at Zemereshet website. (The site is in Hebrew. To find the recordings scroll to the bottom of the web page and press one of the "play" signs).